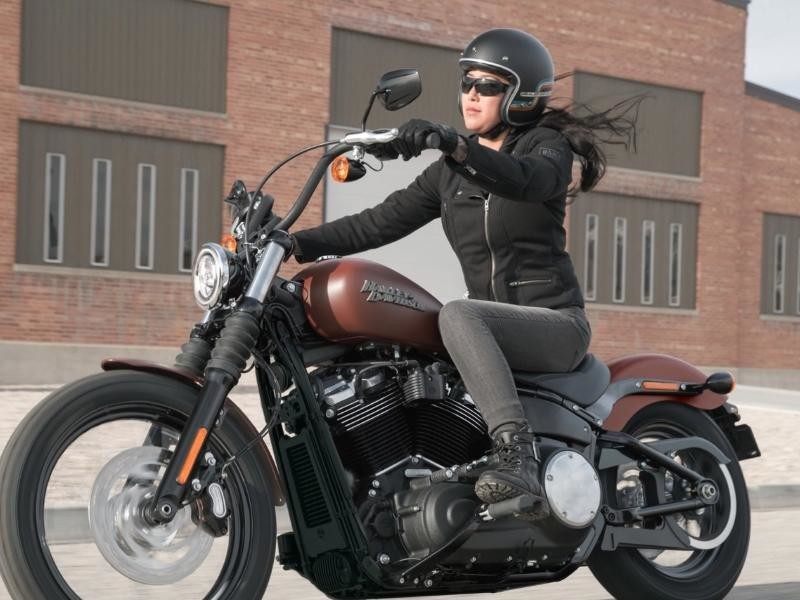 One of the greatest benefits of owning a motorcycle is how easily you can maneuver around just about any area. Whether you’re on the open interstate or squeezing through early morning traffic, your motorcycle will help you get just about anywhere you need. But where you ride will affect the kinds of defensive riding tactics you’ll need to be using and the kind of habits you’ll need to get into. Take city riding for example. Taking your bike to the city can make maneuvering through it and finding parking much less stressful, but the denser traffic areas can pose different challenges. To help you better navigate these roads, American Harley-Davidson® has provided a number of tips to keep you safe and moving smoothly. If you’re still looking for the perfect ride, then stop by our location in North Tonawanda, New York. We proudly serve the areas of Buffalo, Niagara Falls, and Lockport, New York.

Be Unhittable and Assertive

As nice as it would be to rely on other commuters to have all their ducks in a row, you’re going to have to take responsibility for keeping yourself safe. No matter whose fault it may be, it’s incredibly dangerous for a motorcyclist to get in an accident, so it’s best to avoid them altogether. Keep your eyes constantly peeled on the road and the other commuters. This also means checking what is happening 7 to 12 seconds in front of you. You’ll want to anticipate sudden changes in traffic rather than reacting to them.

You’ll also want to make yourself as visible as possible to minimize the number of times you get cut off by a car. Don’t hang out in a car’s blind spot for too long if you can help it. If you’re not sure how to anticipate a car’s movements, start getting in the habit of watching the front wheels rather than watching the driver. The direction of the wheels will tell you exactly the direction the car will move, even if no blinkers come on.

Escape lanes are essentially areas of the road where there’s little or no traffic so if you need to suddenly get out of the way of a car, you’ll have a place to merge. This may be shoulders or middle lanes or even just making sure the lanes next to you have some space. But this isn’t just about when you’re in motion on the road.

Consider what could happen when you pull up to an intersection. Cars are told to leave space between them and the driver in front of them so a driver that doesn’t stop in time behind them doesn’t create a vehicle sandwich. However, as we’ve stated before, motorcyclists want to avoid accidents as much as possible. When you pull up to an intersection, keep an eye on the vehicle behind you and make sure you have an escape lane to pull off to if it looks like the car behind you won’t stop in time. This could either be an empty lane or quickly pulling into the gap between two stationary vehicles. Either way, have a plan for emergency situations.

Because of this, make sure you’re picking your lanes wisely. This is especially important when you’re on the highway and traveling next to cars at high speeds. Consider the purpose of each lane on a three-lane highway. The far right lane is generally for merging or the slowest of the slow drivers. The constant changing of cars coming on and getting off the highway can create unnecessary hazards for you.

The far left lane might offer a better option in ways of escape lanes, as pulling into the shoulder could save you from a driver that cuts you off, not to mention this is generally the fastest moving lane, but proceed with caution. Legally speaking, the far left lane isn’t the “fast lane” it’s the passing lane. This means you’re only supposed to use it if forced to by a particularly slow commuter or if there’s an obstruction in the road. It may not be illegal to hang out there, but it is illegal to obstruct the flow of traffic. If you’re going to stay in this lane, be aware of other passing vehicles and get over as needed.

This leaves the center lane(s), which are the through-traffic lanes. This is for everyone not merging or passing. Just make sure you’re keeping an eye on the traffic and movements of other drivers, as well as having an escape lane ready for if you need it. (Note: the more lanes you add, the more through-traffic lanes there are. If you’re on a two-lane highway, keep right.)

The general takeaway for riding in the city is to just be aware of everything going on around you. Keep an eye on traffic all around you, especially when it comes to merging vehicles, vehicles behind you, and everything that’s at least 7 seconds in front of you. Keep an eye on the road for obstructions or low traction hazards, like water or oil. Always look for escape lanes that can be used in a bind. Approach turns, especially left turns, with caution. All in all, you’re responsible for your own safety. Take every opportunity you can to protect yourself from accidents and injury.

The safety of our riders is our top priority. If you need more advice on how to stay safe while riding, then stop by American Harley-Davidson® and talk to our experienced professionals. We’re located in North Tonawanda, New York, near Buffalo, Niagara Falls, and Lockport.